Psalm 68:5 – A father of the fatherless, a defender of widows, Is God in His holy habitation.

ABOUT “CRUMPETS AND TEA”

In the far northwest corner of the United States lies an island-studded body of water called Puget Sound. Boats of all shapes and sizes ply the waters of the Sound—from super-sized freighters to stately ferries to skinny canoes.  Excursion boats take guests on high-speed tours between Seattle and the English-themed city of Victoria, BC.

One of these tour boats, the now-defunct Princess Marguerite, was once known for its catchy radio jingle. “Take a Princess to sea,” sang a British-accented gentleman. “Have some crumpets and tea.” If you closed your eyes, you could visualize yourself dropping all your cares overboard while you relaxed and indulged in the decidedly British custom of afternoon tea in plush surroundings. Uniformed bodies would hover nearby, waiting to meet your every need. You relish in the sensation of letting someone else do all the work for once.

Isn’t this what most of us single parents, especially moms, dream about? And that’s what I want to do for you…let you sit back and take a short breather from all your burdens. Just as though you were relaxing on the Princess Marguerite like a queen.

I’ll share encouraging Bible verses, nuggets of wisdom that others have passed on to me over the years, and strategies I learned as a single mother that made my job a little bit easier.

I’m glad you’ve joined me for crumpets and tea. Now, sit back, put your feet up, and exhale out all your worries. It’s your turn to be queen for a day.

If you would like a weekly serving of crumpets and tea, please let me know in the comments below. 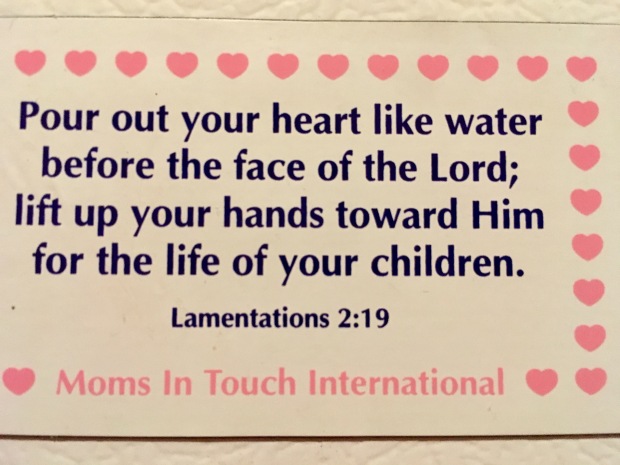