We All Have A Story

Today’s post features one of my favorite Christian songs from the last few years…My Story by Big Daddy Weave. What makes this song special is how personal it is, and how focused on Jesus, not self. Then it ends with a fragment from that classic hymn, Blessed Assurance: “This is my story, This is my song; praising my Savior all the day long.”

The Abuse Expose' with Secret Angel 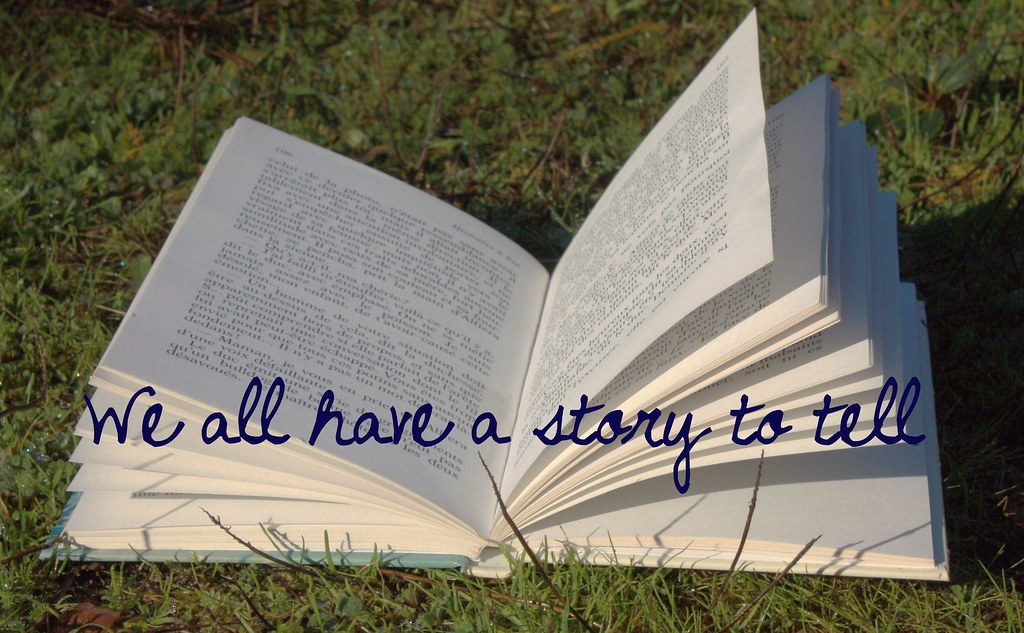 We all have a story…

In 2017, may you dream passionately, love deeply, and live righteously! HAPPY NEW YEAR!!

The Allure of Alliteration

This word-play lover has to share this post with my lovely readers. Meet my poetic friend Linda and her special sonnet~

Driving to Seattle yesterday to go to a play with my sister, niece, and cousins, this poem started playing in my head, but I only came up with the first line and a few other words and concepts. The allure of alliteration led me to finish it up this afternoon.

9 Unbiblical Statements That Bible-Loving Christians Believe – i already am

9 Unbiblical Statements That Bible-Loving Christians Believe, By Shane Pruitt. This Article was Relevant Online’s Most Popular Article for 2015.

Most of these I no longer believe…but #5 jumped out at me. It’s a common phrase Christians say to other Christians when life sucks. They either:

Source: 9 Unbiblical Statements That Bible-Loving Christians Believe – i already am

My first annual countdown starts in

Which was YOUR favorite? Let me know in the comments. And have a warm, happy, joyous New Year, dear readers.

“A cute furball with eyes,” is how Livy describes her new puppy, Murf.

If MURF were an acronym, what would it stand for? Give me your best shot in the comments. To start off, here’s my best shot:

And now, time for excerpt #3 from Sapphire Secrets, when the reader meets Murf for the first time:

The last class of the day had ended. The half-light of dusk slowly faded outside Saffire’s office window. Livy, munching a sandwich, peered at the crate next to her where her new puppy curled up like a snowball. His whiffling snores assured her he was fast asleep. Her heart swelled.

“I can’t believe how many parents don’t stay and watch their kids’ classes,” DeeDee huffed. “They must think we’re a babysitting service.”

“One hundred bucks a month is a pretty expensive babysitter,” Livy replied, still eyeing the crate. She swung her soft-shoed feet to the top of the desk. “But Will isn’t like that. I can tell he’s engaged in what’s going on with Amity.”

“When it comes to dads, he’s one of the good ones.”

“Speaking of Will—” Livy paused for dramatic effect. “He and Roxanne finally split up.”

“The source of that goofy grin on your face.”

“No, the goofy grin is due to cute little Murf. Not Will.”

DeeDee fixed her with a knowing smile and bit into her own sandwich.

“Then again, so is Kinzie and Lacie’s dad,” said Livy. “Maybe if you give him a little encouragement, he’d ask you out.”

“He is the epitome of hot. He’s got a quiet intensity about him like he’s pondering how to solve the world’s problems.” Livy snickered. “And a cute Southern accent.”

“He seems a little uptight.” DeeDee tossed her sandwich wrapper in the recycling bin.

“I read his vibe as intense.” Livy wiped her fingers. “Not uptight.”

“Anyway, keep your paws off Will.” Livy kept her tone light but firm. “I’ve got dibs.”

A plaintive whimper drifted toward her. The six-week-old puppy had awakened and was sniffing around for food.

“Ah, Murf.” She stepped to the crate and picked up the fluffy white bundle, snuggling him next to her cheek. She’d bought the tiny Samoyed from a breeder last week, and soon he would be ready to stay home alone. Until then, he’d scarcely left her side.

She kissed his soft head, nestled him back in his crate, and then refilled his food bowl. Between bites, the pup yelped in the same manner he did when DeeDee’s big yellow tabby took a swipe at him, as she so often did at home. Livy stroked his back with her finger. “Don’t cry, baby boy. Miss Piggy isn’t here. I know you hate her killer paws, but on the inside she’s a very sweet kitty.”

13 Things You Should Say to a Writer

Source: 13 Things You Should Say to a Writer

Here’s another little guy who isn’t having a very good day…click here.

The Pants of Shame

I couldn’t believe my eyes! Check out these pants ~~

Source: The Pants of Shame

A few years back, I started a list of English words that have 2 or more completely unrelated meanings. Obviously, those crossword puzzles I’ve been doing all these years have pushed my already nerdy brain into ever more nerdier territory. Anyway, I wanted to find out just how many multiple-meaning words there are. To keep the list manageable, I didn’t include jargon, slang, names, or specialized words. And they had to be pronounced and spelled exactly alike. And now I have a list of 314 words. Here are some of them:

Your turn! Can you think of any more?