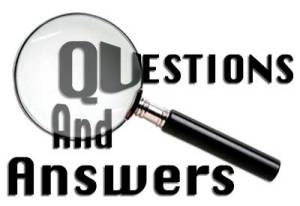 It seems some people think narcissists are smarter than other people, because their mental and emotional abuse and manipulations appear so calculated and complex, and they seem to always be able to anticipate your actions and reactions. People also think you can’t outsmart a narcissist for the same reason.

While it’s true that outsmarting a narcissist means you always have to anticipate their actions ahead of time (which is difficult for a victim to do), it can be done, especially if the narcissist isn’t very smart. In fact, some of them are pretty stupid. The stupid ones are probably less dangerous, but even the highly manipulative and cunning ones who are experts at gaslighting and other mind games aren’t necessarily all that smart.

They’re more like highly trained monkeys. Some monkeys can perform very complex tasks that make it appear as if they’re incredibly smart. But this is an illusion…

You’ve probably heard the tragic stories of women who’ve been scammed by a man they met on a dating site. Just when she’s thinking this is the man of her dreams, he tells her he needs X number of dollars wired overseas right now because he’s been robbed. Or he was caught in an accident, or a hurricane swept away all his belongings, blah blah blah. With her heart throbbing in sympathy, she sends him hundreds of dollars, fully expecting a huge thank you, or even a ring. Instead, she never hears from him again. To her horror, she realizes she’s been conned.

I wish I could turn the clock back for those poor sister-women and point out all the red flags these guys wave, flags we can recognize, if we would only pay attention. (On a side note – some of them might even be women posing as men, just to get their little hands on your hard-earned moolah.)

I myself have encountered these persons online more than once. I’m happy to say I never fell for their sordid schemes, but I can see how it could be easy to do if I’d let my heart run loose. Over the years, I’ve found they all show some common traits, so, for the sake of sisterhood, I’m here to tell you what those are so you’ll never, ever have to be victimized.

Here are five red flags. When you see several of them in one match, Run! Unless you want to “sting” them, which is super fun. I know from personal experience. J More on this in Part II.

Naturally, there are legitimate matches out there who live overseas, own businesses, and are widowed. In my experience, flags #1 & #2 also come with loud bells attached.

In Part II, I’ll share my own experiences with online con men, and I will show you a trick on how to find out if he’s using a fake identity.