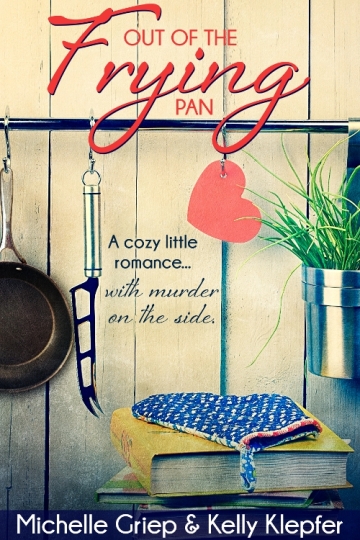 High school teenager. What kind of cartoon bubble does that create in your head? Angst-filled girls shopping for prom dresses? Party-hearty boys cruising for a good time after a football game? Nerds holed up in a basement playing video games?

Those are common high school experiences—but not mine. I spent the majority of my teen years swapping chapter after chapter with a writer buddy of mine, drafting the great American teenage novel.

Don’t look too hard for it on bookshelves, though. It never got published.

That friend of mine moved on, but the writing urge never went away, and yes indeedy, I made more friends . . . one of which had the same writing itch as me.

And so was born OUT OF THE FRYING PAN, a story of two zany sisters-in-law that my new zany writing friend and I co-authored. Here’s a blurb:

ABOUT THE BOOK ~ OUT OF THE FRYING PAN

Murder in Paradise whips life into a froth for FERN and ZULA HOPKINS. When the retirement center’s chef is found dead, the two ladies get folded in with the case. Their zany attempts to track down the killer land them in hot water with Detective JARED FLYNN. Should he be concerned about their safety—or the criminal’s?

But there are deadly ingredients none of them expect. Drugs. Extortion. International cartels. And worst of all…broken hearts, especially when the Hopkins sisters’ niece KC arrives on the scene.

Life at Sunset Paradise Retirement Village will never be the same. 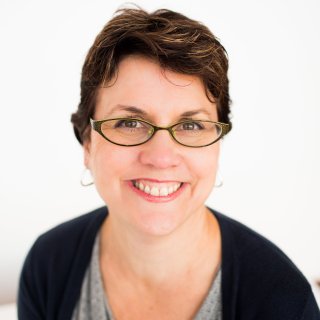 ABOUT THE AUTHOR ~ MICHELLE GRIEP

Michelle Griep’s been writing since she first discovered blank wall space and Crayolas. She resides in the frozen tundra of Minnesota, where she teaches history and writing classes for a local high school co-op. Her latest release is OUT OF THE FRYING PAN, but historical romance is her usual haunt. THE CAPTIVE HEART releases in October. Follow her escapades at www.michellegriep.com or www.writerofftheleash.blogspot.com or stalk her on Facebook, Twitter, or Pinterest.

THE CAPTIVE HEART…Would you marry a murderer?

BRENTWOOD’S WARD…Sherlock Holmes meets Dickens in this Regency adventure.
A HEART DECEIVED…Lies Were Born in a Garden–and Just May Be the Death of Miri      Brayden