Why I wrote Paint the Storm 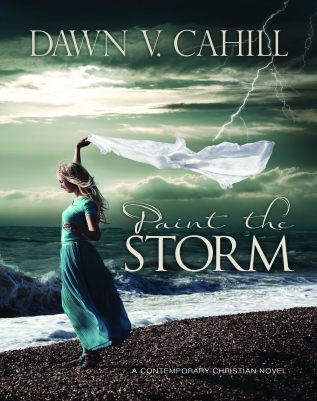 In case you haven’t seen my latest news, my new novel Paint the Storm was released on October 10. What’s so special about that? you may wonder. Well, PTS deals with a very controversial, and possibly uncomfortable, topic: same-sex marriage. In light of last year’s landmark Supreme Court case, how are we Christians to deal with this new reality?

That is the question I attempted to answer when I wrote this story.

When I began writing Paint the Storm three years ago, same-sex marriage was not yet legal in the US. At the time, I approached the story as if it were a likely future scenario. Two years later, it was no longer a “what if.” It became reality when, in June 2015, the US Supreme Court affirmed the right of same-sex couples to marry.

Unfortunately, it’s an issue which has polarized our nation, and even our churches.

You may be wondering why I would tackle such a controversial topic. In essence, I saw an unfilled niche in the Christian market for edgier fiction that dealt with issues unique to our time, and came up with the concept of Hot Topic Fiction (HTF). My stories aren’t afraid to explore the question, how does God want us Christians to live out our faith in this not-so-brave new world? Without insulting the reader by offering pat or easy answers—because there aren’t any—my books tell of ordinary Christians following hard after Christ in a world of terror and violence, upside-down morality, and hostility to Judeo-Christian values. The characters in my stories face situations that would have been unthinkable even 20 years ago. We live in a vastly different world than our parents did, and that’s the world I write about.

Yet very few Christian fiction books contain gay characters, even though fiction is a great medium for imparting life lessons. I don’t claim to have all the answers. My goal was not to push an agenda. I simply wanted to tell the story of one Christian mom, and how she chose to live out Christ’s law of love without abandoning her convictions.

I hope that more Christian authors will be courageous enough to tackle this and related issues in the future. After all, this is the world in which we live. And we Christians need to be prepared to deal with it.

GOLDEN STATE TRILOGY, BOOK I: Set amidst the spectacular scenery of California’s Marin Peninsula, Paint the Storm tells a timely story that resonates in today’s culture. It’s a saga of God’s power to heal relationships and answer prayers in the unlikeliest of ways. It’s a tale of loss, danger, and ultimately love.

When her daughter Linzee announces her engagement to her partner Nena, artist and single mother Meg struggles to understand how God wants her to respond. Should she follow the culture around her by embracing and celebrating Linzee’s same-sex relationship? And what does Christ think of a local church notorious for its hateful anti-gay messages? While she wrestles with these questions, she turns to a Christian support group where she learns what it means to love like Christ did. An intriguing new man makes life interesting, but while she is getting to know him, another man from her past suddenly shows up, further complicating matters.

Meanwhile, a cyber bully is targeting Linzee. His hateful messages turn threatening. Meg and Linzee rekindle their bond as together they determine to uncover the stalker’s identity. When the clues point toward Meg’s own family, she is paralyzed with fear. The violence escalates–until the day Linzee turns up missing.  In her search for Linzee, Meg joins up with the unlikeliest of allies – and begins to see God’s hand at work. It’s only when she turns to her support-group friends for comfort and prayer that she finally understands God’s faithfulness through the deepest of trials.

Join Meg on her adventure toward love, healing, and a heart-warming conclusion.

Source: Why I wrote Paint the Storm